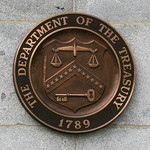 The Associated Press is saying that they have lost emails from 5 more employees at the IRS.  Is this old news? I thought we heard that no emails were truly lost because everything was completely backed up.

Very convenient that they announced this on a Friday. The old naming is “take out the trash day”

WASHINGTON (AP) — The IRS says it has lost emails from five more workers who are part of congressional investigations into the treatment of conservative groups that applied for tax exempt status.

The tax agency said in June that it could not locate an untold number of emails to and from Lois Lerner, who headed the IRS division that processes applications for tax-exempt status. The revelation set off a new round of investigations and congressional hearings.

On Friday, the IRS said it has also lost emails from five other employees related to the probe, including two agents who worked in a Cincinnati office processing applications for tax-exempt status.

The agency blamed computer crashes for the lost emails. In a statement, the IRS said it found no evidence that anyone deliberately destroyed evidence.