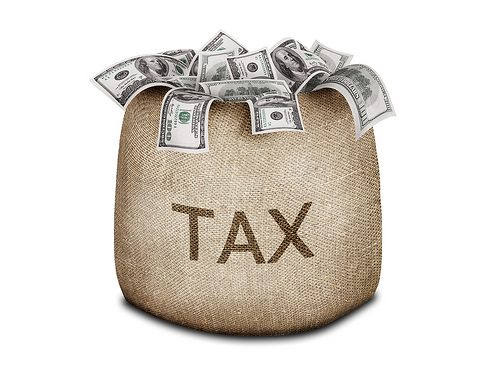 Both halves of Congress are trying to create a more fair tax plan that will promote growth and simplify the code. I am skeptical that anything will get done though as it appears that this Congress is incapable of doing anything significant.

Since Congress will almost certainly fail, I thought I would put my suggestion on the table. As I analyze it, it is probably the most likely plan that I have ever seen to encourage employment growth.

Currently, the government taxes employees directly via the FICA tax on each dollar earned. The government increases this tax by assessing the employer an equal amount. This direct tax exceeds 15% and is used to fund Social Security. While it is essential to finance Social Security for today’s seniors, we need to get away from this transfer of cash from working Americans to retired Americans. We need to make it financially affordable for working Americans to save for retirement so that they can live off of their own money and not their children’s and grandchildren’s money. The fact that Social Security will be insolvent between 2025 and 2034 (depending on analyst assumptions) points to the fact that the system is systematically flawed. I have ranted on this in the past.

Currently, the corporate tax rate is around 35%. This tax burden is massive. Unfortunately, it is unevenly allocated and most directly hurts companies based in the US, primarily employs US workers, and principally sells to US customers. This is preposterous! Why is the federal government trying to hurt the best companies, but reward those companies that have substantial foreign investments?

My suggestion is to eliminate all tax loopholes in the corporate plan except for the ones that I itemize here. Yes, that means that Congress will never go along with me since every special interest lobbyist will argue and bribe vehemently to fight my simple and easy ideas. Here are the highlights of the plan:

So how is this good for the US economy and the US worker? Simple, it is all about the economic growth, the growth of employment, and improving the lives of US workers. Companies that are unable to grow their business will not get this benefit, but companies that can employ more US-based people, create more US assets, and improve their ability to market to US-based customers will thrive. It puts America first in our corporate tax policy. It rewards companies that invest in America and it doesn’t help any company that chooses to invest internationally at the expense of America.

This plan will accelerate the return of money from foreign lands back to the US. This plan will encourage companies to hire more US-based workers and will significantly increase the quality of life of Americans.

This isn’t a giveaway to the corporations or a supply-side “hope for the trickle-down plan.” It only rewards companies that truly make the trickle-down (in the form of a gusher rather than a trickle) happen. No company will be able to take advantage of this plan unless they truly change that “trickle” to a firehose of economic prosperity.

This plan will never pass. Too many lobbyists will be hurt. Too many special interest groups will not have their interest served. However, this is one plan that would almost guarantee massive prosperity for the American middle class and therefore massively increased tax revenue for the Federal government.

It just makes sense which is why it will never be adopted by Congress. Simple things that make sense never seem to get done by Washington DC.