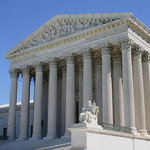 I, for one, am glad that the House has decided to sue the President of the United States.

Congress has the exclusive authority to make law because lawmaking requires pluralism, debate and compromise, the essence of representative government. If Congress cannot achieve consensus, that doesn’t mean Congress is “broken.” A divided Congress reflects a divided people. Until there is a compromise acceptable to the majority, the status quo is the only correct path. An impasse emphatically does not warrant a president’s bypassing Congress with a pen and phone, as Mr. Obama claimed the power to do early this year.

The separation of powers also guarantees political accountability. When Congress makes a law and the president executes it as written, citizens will know whom to reward or punish at the next election. 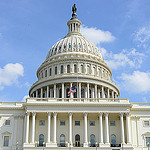 A president who unilaterally rewrites a bad or unworkable law, however, prevents the American people from knowing whether Congress should be praised or condemned for passing it. Such unconstitutional actions can be used to avert electoral pain for the president and his allies.

If Mr. Obama can get away with this, his successors will be tempted to follow suit. A Republican president, for example, might unilaterally get the Internal Revenue Service to waive collection of the capital-gains tax (something that I am personally in favor of but I know my more liberal friends would protest). Congress will be bypassed, rendering it increasingly irrelevant, and disfranchising the American people.

I am not going t 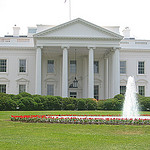 o predict the winner of this suit here even though I have done it elsewhere more privately. The key learning from our government regardless of who wins this little battle is that no branch of the government has the right to completely ignore the other branches nor ignore a large minority or a small majority of the people.