If you pay attention to the news, you have heard Warren Buffet claim that he pays a lower tax rate than his secretary. This pronouncement has prompted President Barack Hussein Obama to propose new taxes, affectionately nicknamed “Buffet taxes” or the “Buffet Rule.”

The “Buffet Rule” is going to get a lot of press attention in the coming weeks and it will get more attention if Mitt Romney successfully wins the nomination of the Republican Party. 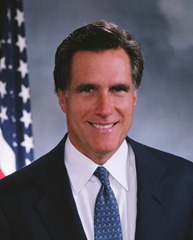 At this writing, Mitt Romney is running for the Republican nomination and at some time he is probably going to have to divulge his finances more fully than he has already. Mr. Romney doesn’t appear to have a wage-earning job, therefore, his daily spending on clothes, food, mortgage, and hair-styling products comes from interest, capital gains, or dividend income from his earned fortune. It appears that Mr. Romney paid less than 15% on his income where a wage earner would pay a much higher rate.