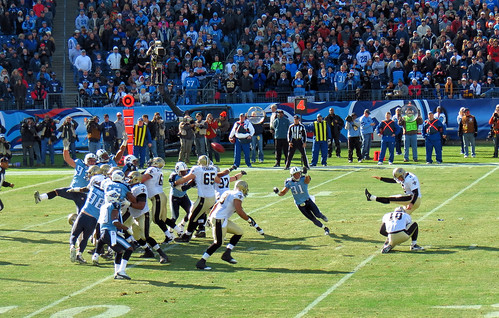 It is the end of a tight NFL game. One team just scored a touchdown to bring it within 1 point. There are only a few seconds left to play.

Does the coach send in the kicker and tie the game up to play in overtime? Or should the coach go for the win and run a play that gets him 2 points and the victory?

This decision is argued over and over all season long. The only thing that is 100% sure is that if the coach goes for two and scores, thus winning the game, then he is a hero.

Some fans say that they would ALWAYS do one or the other. Really? Always? Then you probably don’t understand the NFL as well as you think you do.

I think it is a decision that has to be made at game time.

They just played an entire four quarters. Since it is a tie game, you can bet the players are dead tired.

Guaranteed that they have some players out for multiple game injuries that occurred in that game, so analysis has to be made as to who went down.

They also have some guys that got hurt enough that they are now at 60-70% even though they will be back to 90% by next weekend after the trainer and rest do their job.

Ditto on injuries and exhaustion for the other team – maybe more maybe less. The head coach and his staff will know, though.

Then comes the analysis that every score in that game was a touchdown or mostly field goals. Remember, a touchdown wins in overtime, but a field goal means the other team has a shot. If I have held them all game long to mostly field goals and my defense is feeling strong and primarily healthy, then maybe the tie is better.

However, if the other team has mostly scored touchdowns and my defensive is all limping, then maybe I want to get out of here and go for the win.

One play means that we don’t have to play another 7-10 downs on both sides of the ball.

If anyone says that this is a decision that should be made at the beginning of the game or the start of the season, then they do not understand NFL football. It is a multi-dimensional chess match, not a checkers game or a game of Chutes and Ladders.

Obviously, bravado does play a role here.  Some coaches will lean towards glory. Some coaches will lean toward safety. However, even bravado doesn’t do it all – these coaches study football intensely. They know their players, and they know the opposing players. They know if the players have more gas in the tank or if they need to get to an ice bath really soon.