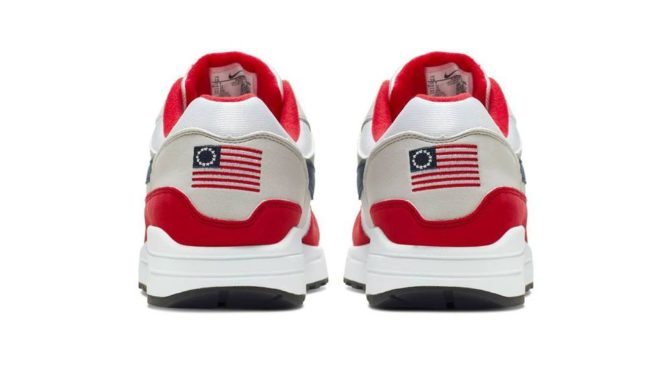 I am done with Nike.

Colin Kaepernic was a so-so football player that was close to the end of his career. He wasn’t even good enough to get a job as an ESPN analyst. He maintained his relevance to some American consumers by inspiring contempt for America’s symbols. His original protests were supposed to be about police violence but now he seems to be branching into other forms of outrage – whatever will get his name in print, it seems.

I think everyone that hates America’s symbols just because they are old should buy Nike products and everyone else that loves America and understands that we have never been a perfect country but we sure have been better than the majority of countries in the last 250 years should not buy Nike products.

Good job to Governor Ducey for drawing a line in the desert sand.

Nike has made its decision, and now we’re making ours. I’ve ordered the Arizona Commerce Authority to withdraw all financial incentive dollars under their discretion that the State was providing for the company to locate here. 7/

Arizona’s economy is doing just fine without Nike. We don’t need to suck up to companies that consciously denigrate our nation’s history. 8/