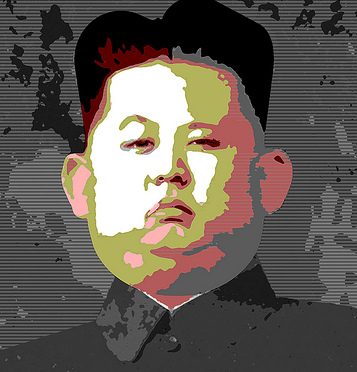 The United States cannot right the world’s wrongs. For the most part (there are exceptions), we will have to step in when those wrongs influence other nations though.

So when North Korea threatens to attack South Korea or Japan, that is a problem. Especially when we agreed to protect both countries from attack by treaty. They exist in their present form because of the US. So when Obama, Bush, and Clinton do an ostrich in the sand to North Korea, that is a big problem.

It is the responsibility of the United States to protect both countries because we have a treaty that says that we will. As long as the Kim family is only cruel to their own people, then we can leave them alone. When the Kim family and the leading generals of North Korea threaten the safety of Japan and South Korea, then it is equivalent to threatening the US.

It is very important to understand that threatening war is not equivalent to deploying war. Every enemy of the US says that they will beat us in war, but they all know that they will get their ass kicked. Krushchev said it, Saddam Hussein said it, and the Kim family has said it.

Other countries do not want a war with us. Even Saddam Hussein didn’t want a war after all of his blustery talk and George W. Bush made a major mistake in Gulf War 2 by actually executing the war. If his State department (run by the very inexperienced Colin Powell) would have been as strong as his Defense department (run by the extremely experienced Dick Cheney and Donald Rumsfeld) then he could have achieved 95% of the end outcome without firing a single shot. This was probably not true of Gulf War 1 that was executed by old man Bush (George H. W. Bush) but that conflict and Afghanistan showed the world that we will roll over any enemy and the average American will not even break a sweat. North Korea will likely inflict casualties (e.g. Seoul), but they will eventually lose any war with the US and the Kim family will all die and so will his generals.

We do have a historical problem though in that President Obama really screwed up in Libya. It was an internal conflict and he got involved. He should not have. Now we have sent a very confusing message – which internal conflicts do we pick? Our policies are a lot more straightforward when we say that we do not get involved in internal conflicts, but when they spill over and start to affect the international community we will have to act.

None of the issues in North Korea have gotten worse because of President Donald J. Trump. All of the issues were headed this way during Mr. Obama’s administration. The difference is that Donald Trump is willing to say, “STOP!” and Mr. Obama was simply saying, “Please China won’t you please curb your pet dog?” That approach (which was the same basic policy of George W. Bush and Bill Clinton) is the same thing that didn’t work with North Korea for decades. We need to say, “STOP!” and the generals under Kim need to understand that they will die if they proceed to threaten nukes against South Korea and Japan.

It is very likely that we need to be a bit more gracious. We need to give Kim and the Chinese an opportunity to save face. My suggestion is simple, “Stop developing nuclear weapons and ballistic missiles and we promise that the US will not attack South Korea first. Do not stop all development and testing and we cannot commit that we will not be forced to attack you in order to proactively protect South Korea and Japan.”

Throughout all of this, Beijing needs to understand that they need to curb their dog.