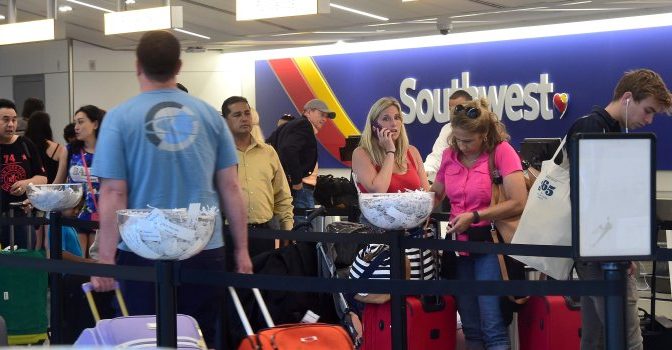 I really enjoy Southwest airlines service. It is not overly convenient for me as they have a limited presence in airports under an hour from me, but I have been known to drive 90-100 miles to use Southwest.

A little-known fact about Southwest is that if you have a high seating number within the C list, you are at risk of not getting a seat at all. If the flight is overbooked, then all of the seats will be full when you get to the plane and the gate agent won’t let you on to the plane.

I never fly Southwest without paying the slightly higher cost of Early Bird seating. This will typically get you place in line in the mid-to-high A list, or in a really popular flight, a low B number.

Southwest Airlines said it would end overselling of seats on its flights by the end of June, accelerating the move in the wake of the furor surrounding efforts to remove a United Airlines flier earlier this month.

Airlines typically sell more seats than an aircraft’s capacity because of no-shows, though Southwest’s focus on airport-to-airport flying means it is less exposed to delayed connecting passengers compared with carriers such as United Continental Holdings Inc. that operate big hubs.

Southwest typically oversells just one seat on a jet carrying 143 passengers and expects a “fairly small” revenue impact that would be counteracted by a drop in costs from lower compensation payments.

But Southwest required almost 15,000 passengers to give up their seats involuntarily last year—more than the combined total of United, American Airlines Group Inc., and Delta Air Lines Inc. Some 80% of the Southwest total was caused by overselling, with the balance to make way for airline crew, said executives on a quarterly earnings’ call Thursday.

Source: Southwest To End Overbooking on Flights By June