I know that everyone thinks I only worry about politics. Thankfully, that is simply not true.

I know… you thought you’d left spelling lessons behind when you left school! And you’re probably wondering why you should even give a hoot about how to spell the name of my second favorite spirit (yes, tequila is my favorite, but too many bars serve lousy tequila so I need a backup plan). 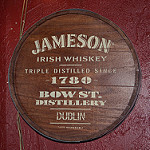 Why do you need to know how to spell the pride of the Irish isle?
Street cred. That’s why.

Oh, to be sure, the spelling’s not the most important thing about drinking whisky. After all, you don’t have to pass a spelling test before they let you buy a wee dram at the pub. But, as with so much in life, it’s the small things that count. They add up. God is in the details. Or is that the Devil? Either way, you’re covered.

Besides, the answer to “How do you spell whisk(e)y?” is really simple:

This is the kind of interesting information that you can casually throw into conversation with your friends at the pub. They’ll think you’re a connoisseur. They’ll be impressed. I promise.

If they aren’t impressed then they will think you are a reincarnation of Cliff from Cheers. If you are too young to understand that joke then you need to binge watch Cheers. 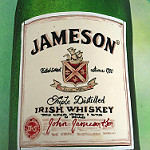 Which is why they had to give in and allow American distilleries to choose which spelling they wanted to use, and why you’ll see examples of both spellings on American labels.

In case you are interested, I have a particular fondness for Jameson, Tullamore Dew (often called Tully at many bars), Teeling, and Redbreast but I won’t turn down a Connemara or a Bushmills.