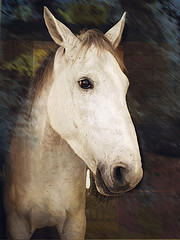 I have read a few complaints about Apple giving away the U2 album Songs of Innocence. I don’t understand the outrage. I had ignored the ruckus until I read an article in one of my favorite blogs, Successful Workplace.

What did Apple do to incur this outrage? All the company did was give away an album that was going to be widely popular anyway. But instead people have come out against Apple for their generosity.

Some are upset that Apple chose the new U2 album instead a new album by some other band that was struggling and trying to make ends meet. I am sorry, but these people that are complaining must surely be Democrats – complaining because they didn’t get to choose the free gift. In some cases, it is the bands themselves that are are yelling, “Unfair!” They feel jilted simply because they did not get paid a check that they didn’t deserve. If Apple had put some obscure band on my phone, I would be very frustrated since they would then be pushing their weird choices on many people.

Instead, they chose the new U2 album. U2 is arguably, the most widely purchased and honored band on the planet that is still actively making new music and drawing huge crowds. Sure, I would have loved it if they gave me a new cool album by Rolling Stones or The Beatles but the last I checked those bands aren’t putting out great music anymore.

The other major sin from Apple is they have created a service that allows convenience to consumers. They created the ability to have your music downloaded to your device whenever it becomes available. This is a great feature of the iTunes music service. It means that when you purchase a newly released album in advance of its release date, that album is downloaded to your device. This is true even if someone (like Apple) purchases the new album (like the new U2 album) for you. You can easily turn this feature off if you don’t like the convenience, but the number of downloads implies that the users wanted this to happen or didn’t understand their phone well enough to turn the feature off.

What happened to the days when people said thank you when given a gift? It used to be that if somebody gave you something you didn’t complain. My mother taught me that even if the gift was not perfect, I should be thankful for the thought. So Apple has given a gift that cost them millions of dollars. Now people are complaining about that gift.

I have a better suggestion. Why don’t we just say, “Thank you.” If you don’t like the gift of the new U2 album, don’t whine and complain about it. Delete it and get on with your life.

Don’t look a gift horse in the mouth. The new U2 album is free. If you don’t like the album, don’t listen to it, and listen to something else.

As I have explained, the U2 album should be considered a gift. That is exactly how Apple describes it in their ad they just sent out via email. 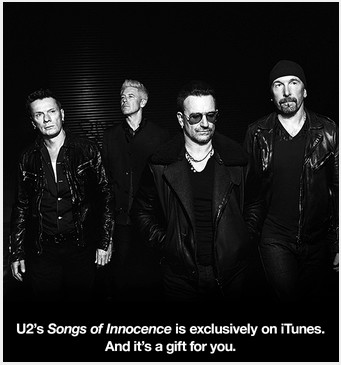