I have been reading a lot of articles lately (and a lot of TV news shows) about Obamacare insurance problems.

I think it is quite sad that so many people are getting cancellation letters from their insurance companies. Even if they may get a slightly better insurance deal in the future, the frustration of having to change insurance providers is something that elected politicians don’t seem to empathize with enough. 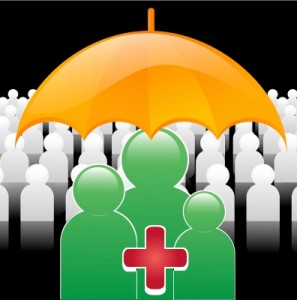 I do condemn the “made up” controversies though. It is shocking the number of people that are getting interviewed on TV about their own horror that are not fairly reported. Too many times, I read an article where a print reporter followed up on a TV interview only to find the person didn’t adequately confirm their exact coverage or costs. The TV interview shows really need to get their act together and if you watch TV for your news, you probably are being misinformed in one way or another.

I am frustrated with reports of great deals that people get (once they live through the pain of the website). Every great deal that I have seen has been made into a great deal by subsidies. These subsidies come from the Federal Government. The government is paying for the subsidies from a bank account that is empty. That emptiness is currently being filled with loans from others. Those loans are going to be paid off by my children and grandchildren (if I am blessed to have grandchildren in the future).

So your great deal in health insurance is going to be paid by my offspring. Please understand if I don’t think that is a good idea. I love my children more than I love you, so I am not real excited about them paying for your great insurance deal.

I did want to point out this particular review of a television interview. This is terrible. Since when does “basic health insurance coverage” include mental care insurance? While I fully empathize with anyone that needs mental health assistance, I honestly do not think it is on the same level as making sure that their broken arm gets set or babies getting proper immunization. Shouldn’t we work on getting that insurance coverage first for those that have NO coverage before we start offering expanded coverage at a discount with subsidies?

Also, I don’t know what world the reporter, Nancy Metcalf, lives in where $100 a month is an immaterial expense.

CR’s Metcalf examined Barrette’s Blue Cross Blue Shield policy and made two discoveries: how junky it really is, and how badly her insurer may have misled her about her options. Barrette’s $54 monthly premium bought her almost nothing. The policy pays $50 per office visit (which can run two or three times that) and $15 per prescription (which can run to thousands of dollars a month); above that she’s on her own. Nothing for a colonoscopy. Nothing for mental health treatment. Up to $50 for hospital and ER services — and then only if her treatment is for “complications of pregnancy.” Nothing for outpatient services.

“She’s paying $650 a year to be uninsured,” said an insurance expert Metcalf consulted. If she ever had a serious medical problem, “she would have lost the house she’s sitting in.”

As for the replacement plan her insurer offered, at a shocking $591 a month? Barrette has much better options via the government insurance exchange. (Or she will once the federal system gets running.) Metcalf estimated that she’ll be eligible for “real insurance that covers all essential health benefits” for as little as $165 a month — a higher premium than she’s paying now, sure, but one that won’t cost her her home.

The insurance coverage described in the article seems fairly decent. A pretty decent reimbursement for preventative care. While I would suggest the individual get some catastrophic coverage to help with a major illness, this basic coverage hardly seems to be predatory. When the “nanny state” starts to tell us what product is best for us and not good for us, I start to get a bit squeamish. I will make my own decisions on what is best for me, thank you very much.

The interviews regarding Obamacare insurance failings need to be fair, but then so do the rebuttals of those interviews.

Image courtesy of digitalart at FreeDigitalPhotos.net