My thoughts on my new iPhone 4. I just received it yesterday from FedEx (it was fun watching the FedEx package being tracked from China through Hong Kong through Anchorage through Indianapolis and then to Loveland, OH where it was routed to me). I received it one day ahead of Apple’s expected revised delivery date.

I say “revised” because AT&T and Apple screwed up and missed my first delivery date.  The unit was supposed to ship on July 2 but they updated their date on July 3 to say that it was going to ship a week or so later. I was upset and I called Apple – the very polite and professional rep apologized but couldn’t change the ship date. He did give me a bumper as a consolation gift – good thing too as it turns out.

Like others on the web, I can easily see a degradation of the signal by holding the phone with my left hand.

I wanted to create a video of my experience. Unfortunately, I now understand why most of the videos on the web are so poor – it is really hard to record this experience due to the relatively small signal strength indicator, the very reflective screen, and the fact that you have to physically hold the phone in order to see the problem – you can’t just lay it on a table.

So this post turns into me saying “me too” which, I acknowledge, is pretty boring. 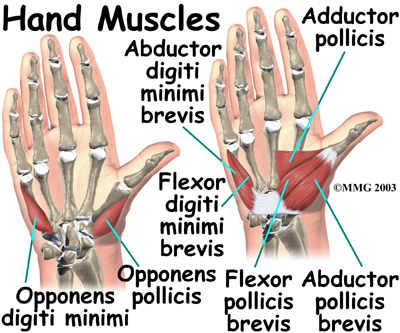 I have slightly larger than normal hands. I also used to be an athlete and my hands are very strong. Due to this, it is quite likely the pad of my hand below my thumb, is larger than most people.  According to the site, we live in INTERESTING TIMES (thanks for the image), this muscle group is the Adductor pollicis, Flexor pollicis brevis, and Abductor pollicis brevis.

When I hold the phone in my right hand, the signal strength is full bars. When I switch the phone to my left hand (still standing in exactly the same place), the number of bars drops over the course of about 5-10 seconds. It drops to virtually be flat line.

I don’t need to hold it tightly, the phenomenon happens in a very lose grip. In fact, my grip can be so loose that if I rotate my hand, the phone will fall out (I did this over a sofa to prove it to myself). I know that other bloggers have suggested that you need to hold it with a death grip, “Kung Fu” grip, or in an awkward Twister style contortion. This appears to be implying that it is inconvenient to hold the phone in the offending way. This is not the case for me, it is a casual grip in the most natural holding position possible. I am assuming that this difference could be the size of the pad of my hand, as I said above.

I have no idea if this will cause a dropped call.  I haven’t had the phone long enough for this to be truly tested.

I know that Apple says this is a software bug. This is pure spin and, forgive my vulgarity, it is pure bullshit. Even if the code was misrepresenting the signal strength in the bars, it is still changing that representation with the position of my hand. This means that it is not software related by environmental.

So, am I so upset that I am returning the phone?  No! It is still the best phone on the market and definitely the best phone on the AT&T network (I am forced to be on this lousy network due a corporate contract with my employer). I will probably have to enclose the phone in some kind of case, something that I have not done for the previous phones that I have owned. I don’t like cases as they exaggerate the size of the phone in my pocket.  I will try to find the thinnest case that I can find.

The iPhone 4 is a dramatic step forward in usability and speed compared to my old iPhone 3G. It is wicked fast and responds to my touches and swipes with a level of fluidity that I would never have expected. It is simply a joy to use.

I know that Apple is holding a press conference tomorrow and supposedly this issue will be discussed.  I await their honesty with baited breath! My opinion of Apple for perpetuating this spin has dropped considerably. They should have owned up to it already and I am disappointed that they tried to play the spin game. I can almost guarantee that there were some engineers at Apple that knew that the ‘software bug’ ploy was bullshit (there are news reports that this may be true).  If I can come to the conclusion in 3 minutes of testing, surely they could have come to the same conclusion after a day or two of testing.

While I couldn’t do a video of my own, CNET did one that was pretty consistent with what I was trying to do. They have better production tools than I own. The only difference is that I wanted to hold the phone with my left hand, show the degradation, and then switch it to my right hand to show it pop back up.  They say in their video that it takes a minute – my testing shows about 5-10 seconds.

UPDATE:
I just saw this on the Wall Street Journal:

Apple engineers were aware of the risks associated with the iPhone 4’s new antenna design as early as a year ago, but Steve Jobs liked the design it so much that Apple went ahead with its development, said a person familiar with the matter.

The company kept such a shroud of secrecy over the new phone’s development that the device didn’t get the kind of real-world testing that would have exposed such problems in phones by other manufacturers, said people familiar with the matter.

Apple’s iPhone 4 has been dogged by reports of antenna-reception problems since its launch last month.