So it seems that the discussion of medical care and national coverage has become so contentious that a physical fight broke out resulting in one person biting the finger off of another individual. Bill Rice was probably not acting as a model citizen but I doubt if he deserved to lose a finger!

This sounds like a replay of a bad Michael Tyson fight!

When we see images of the two most recent democracies of the world (Afghanistan and Iraq) we often see the image of a purple finger identifying a recent voter. Now in the United States we will be showing the lack of a finger to depict our political process.

Why can’t we just have a civil discussion of the issues and concerns? Is violence really necessary? 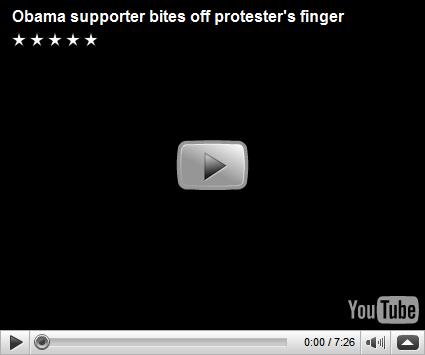 One thought on “Giving a finger to socialized medicine”