It seems that there is one thing that President Barach Hussein Obama and I disagree on (only ONE thing you ask).  I think that Conan O’Brien is not up to the task of the Tonight Show.  BHO thinks that he is.

I am so glad that the leader of the free world is worrying about poor Conan in this time of economic unrest and while North Korea is playing nuclear games with us.

I picked up this video from the very funny blog, CrZay.

I am not a big fan of federal government spending.  There are few times when I think that the government can do a more effective job of spending than my local municipalities where they are far more accessible to my influence.  However, the current economy definitely needs a kick-in-the-butt and so I supported the stimulus bill (now called “Economic Stimulus Package Act of 2008“) if it really is going to be used for getting things done on a local level.

I wrote about this back in February in my article “38 ways to fill the stimulus bill with pork and save our economy“.  I still question that the stimulus is being adequately implemented but an article in the Sunday edition of the Cincinnati Enquirer gives me some hope.  This is exactly what we should do as a stimulus – create hundreds of small projects that will get people in the local communities working.  I only hope that most of the jobs the article cites were contractors as opposed to government workers.  As contractors, this will insure that these entrepreneurs stay in business and can augment this public money with some private sector jobs and keep these workers on their payroll.

After being on an iPhone for a year, I don’t think I could ever go back to a Windows Mobile phone.  I used the Windows Mobile platform for probably 11 years (including the original Windows CE non-phone devices) and it always seemed like the NEXT generation would solve all my problems. The next generation never did come and by the time I gave up, I was in the habit of restarting the phone every morning.

I recently tried to install the desktop search tool from Microsoft.  After several tries and lots of reading online, I couldn’t get the add-on installed that would allow this tool to search my Outlook 2003 files (let alone my Thunderbird personal email).  I gave up and installed Google desktop and was completely indexed on everything in one overnight session.

On Monday, Conan O’Brien was given the keys to one of the best jobs in television.  The Tonight Show has been going strong since 1954 and is one of the longest running shows ever.  It was first hosted by Steve Allen, then Jack Parr (very shortly), followed by the masterful Johnny Carson, and finally Jay Leno.  The producers should have left the show with people that have a first name beginning with “J” since Conan simply doesn’t have what it takes.

It is interesting that Conan took the job over from Leno where he comes from taking the David Letterman vacated show.  Letterman was upset that he didn’t take over for Carson and left to form a show on a rival network.  Leno and Letterman have been battling for the entire time and Leno consistently won.  Now it appears that Letterman will easily have the upper hand since there is no way the very un-funny O’Brien can compete. 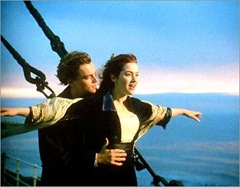 Most of us have seen the movie Titanic starring Kate Winslet and Leonardo DiCaprio. While this romantic movie stirred many people, the movie was a tribute to the many people who died and who survived this catastrophe.

The era has ended.  The last survivor of that maiden voyage has passed away.  Millvina Dean, the last remaining survivor of the sinking of the Titanic in 1912, died in a care home in England on Sunday, media reports said. She was 97.  You can read more about Millvina here. 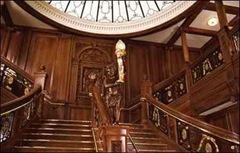 To steal a scene from the movie, is Leonardo waiting at the top of the stairs for her?